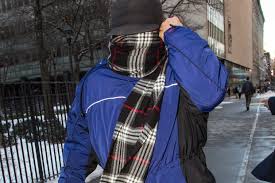 Stories of sexual abuse of children are in the press every day now.  The term covers a very wide range of abuses, from rich and powerful men thinking they can get away with anything, so they manipulate underage teenagers to have sex with them, or at the other end of the scale, deeply warped men (almost always men) who rape toddlers and babies.  Is this deviancy spreading, or are we just more alert to it because the news media are particularly on the lookout for cases of paedophilia?

It must be a bit of both.  My guess is that rich and powerful men, whose ambition and pride lead them to abandon self-discipline, have been sexual predators in every generation because they think they are too powerful to be held to account. More often than not, they were right.  That is a tragic reality for the countless victims.

Deviant sexual desires toward children are another matter, and here I think the number of people involved is growing exponentially.  There is an undeniable explanation for my assertion.

Nearly all paedophiles have been victims as children. That is not to say that every child who is sexually abused is destined to become a paedophile, but many do.  Evidence at trials and my own experience of talking to abusers confirms that nearly all of them have multiple victims and some manage to abuse hundreds.  In light of that, the reason for the explosive growth and the high risk to children today is to be expected, though we fervently wish it were not so.

A recent short news clip on the BBC addressed the pressing question, “What do we do with the growing number of convicted paedophiles?”  They highlighted a mother and her teenage daughter who are running a “name-and-shame” website and network.  They are deeply concerned about the risk to children when convicted abusers are settled in a neighbourhood without the knowledge of local families.  They want everyone to know when a convicted abuser moves into their neighbourhood, so they can keep their children safe.

Then they interviewed a convicted abuser who has had a “support and accountability circle” whilst in prison.  He is worth quoting.  “I did it just because I wanted to.  I never thought about the parents or even the child.  I just wanted to, so I did.  Without the circle, I would be released and do it again.  But I would never do that again now.”  They also talked briefly on camera to a member of the circle.  He was a volunteer who cared enough to so something that him cost time and effort.  And he had confidence that the convict was no longer a danger

The website and network has a “one-size-fits-all” label—paedophile.  It implies that they are all dangerous and need to be publicly exposed and humiliated for life.  This would apply equally to the 18 year-old boy who was sexually intimate with his 17 year-old girlfriend and her family prosecuted him, and to the manipulative, repeat-offending, older man who preys on young school children.  Public exclusion, discrimination and humiliation have no redemptive effect.  It is likely that people so treated will be hardened in their behaviour and find ways to reoffend or commit other crimes as they come to hate their persecutors.

The support and accountability group treats each person as an individual and, in the context of a relationship that develops over years, can predict with some accuracy whether or not they are still a risk to children.  (We must take into account that no person is completely predictable because we are free will agents.)

The law is not much help here.  By its nature, law cannot treat people as individuals.  The 18 year old and the abuser with countless child victims both go on the sex-offender register.  By contrast, personal pastoral care, by its very nature approaches each person as they are.

Can any nation afford to provide a support circle for each sex offender?  Of course not!  Once again we are confronted by the impotence of the law and of government.  We consistently overload government with expectations it can never meet and then we complain about government intrusion and growth with the consequent increase in taxation.

So there is a great need for people of faith, who have both the heart-motivation to help and the moral framework to help, to develop outreach to the growing number of abused abusers.  By helping them, you could prevent countless other life-destroying crimes. The expertise is available to be acquired, so you don’t have to be an expert to get started.  Are you one of those?

2 comments on “What to do with Paedophiles”