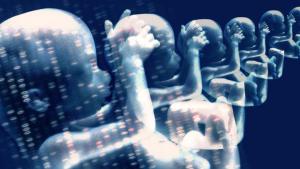 Technology of all kinds presents us with pressing ethical questions, but we often duck them because they seem too complex for us to understand, let alone provide some guidance. The question of 3-parent children is one of those. Our House of Commons has passed a law allowing it. BUT, it is not too late to help some outstanding people to provide guidelines. My friend and respected Member of the House of Lords, David Alton can explain:

Earlier this week the House of Commons voted to permit the creation of what some MPs described as genetically modified babies. The full debate and voting list is in Hansard at:

those who voted against the proposals, on what was a free vote, were the two most senior law officers in the Government, the Lord Chancellor and the Attorney General. Around half the House of Commons voted against or abstained: 128 against and 350 for.

The House of Commons was given 90 minutes to consider this awesome question – a decision which will alter the genetic make-up of future generations. Just 90 minutes for GM babies – 90 hours for fox hunting. Nye Bevan once said that “politics is the religion of priorities”. What does this say about our priorities?

On February 24th the Mitochondria Regulations will now be considered in the House of Lords.

The former Cabinet Minister and Chairman of the Conservative Party Chairman, Lord Deben (John Gummer), with all-party support, has laid a Motion before the Lords urging Peers to consider more carefully, and with much more detailed parliamentary scrutiny,  the safety and legal implications of this decision. He has called on the public to write to Members of the House of Lords asking them to vote for the Motion, which reads as follows:

They both raise questions of legality in international law and both raise safety concerns.

The second (but not the former) also involves the destruction of at least two and, in some cases as many as ten, human embryos to create the new modified human embryo.

During the Commons debate, the Minister, Jane Ellison, was keen to combat the slippery slope argument with the following rejoinder:

“I looked back at the debates in the House on IVF all those years ago, when some were worried about a slippery slope, and all the safeguards are still in place more than two decades later.”

Those who used the slippery slope argument back in 1990 did so on the grounds that allowing for the destruction of human embryos in IVF was likely to lead to the commodification of the human embryo, and further abuses to human life.

Two decades later, around 2 million embryos have been experimented on, destroyed, or otherwise discarded. The 1990 legislation paved the way for the dignity of the human embryo to be defiled with the addition of gametes from other species. And this week, Parliament allowed for the genetic modification of human embryos. If that isn’t evidence of having fallen down a slippery slope, I don’t know what is.

We have been here before. In 2007, prior to the legalisation of human/animal hybrids, disabled people were told that without that provision, those of us who opposed it, were condemning them to years of suffering. It was a lie. The disabled people who were brought in wheelchairs to lobby Parliament in favour of animal human hybrids were shamelessly manipulated and exploited, cruelly raising false hopes.  Funding agencies subsequently refused to finance the procedure which Parliament was stampeded into authorising. It was bad science and bad ethics.

The Warnock Report, which led to the 1990 legislation and paved the way for animal-human embryos, said that “the human embryo should be treated with respect”. Baroness Warnock subsequently said it was hard to see how you were showing respect as you flushed the human embryos down the drain. Welcome to Dystopia.

0 comments on “Engage with Ethics! If we don’t, who will?”