Photo by Dan Edwards on Unsplash.

This is the original title of an article written by my friend, Tom Bloomer towards the end of last year.  It is based on John 12:24;

However, now that our world has been shaken by the pandemic, it is even significant in ways we could not see then.

Tom sent the word to me and Markus Steffen, President of the University of the Nations, to judge.  We both felt it is more than relevant, it has the marks of a word from God.

We then asked him to expand on the pruning metaphor, knowing he is a very knowledgeable gardener.  This has meant so much to me, partly because I grew up on a small farm and my dad and I pruned over 100 fruit trees every winter.  The majority of those were pear trees that produced an extraordinary amount of wild growth every spring and summer.  All the new growth went straight up, often producing “suckers” (as Dad called them) that would not produce fruit and would turn the trees into useless wild growth within a few years.  The peach trees were different, as were the apricots, cherries and apples.  But each needed annual pruning.

Please stop and ask the Lord how this word applies to you and any ministry you are associated with.  (The bold headings are my additions.)

“We are praying for more fruit, that is our deep desire. But there are conditions for bearing more fruit, and one of them is dying.

Another is pruning, to change the image – any experienced gardener will confirm that correct pruning is the key to bearing much fruit – and pruning is also the only regular maintenance needed for mature plants.

YWAM is mature, at 60, and we have also been in a season of rapid growth – actually, wild and unchecked growth. The factor that concerns me is the number of small ministries and tiny bases that are not bearing much fruit.  They should be pruned.

We are called to work in teams

For example, I know personally one committed, lovable couple who have been trying to pioneer a base in a European country for several years now, with no staff. They have teenage children, work outside jobs due to inadequate support, and have tried to run DTS’s with 2-3-4 students. They have 2 apartments for the ministry, which has worked until now because they house DTS outreach teams targeting their big city and that’s how they have paid the rent.

But that phase is over . . . and not just for a few weeks. The world has turned . . . and will never again be the way that it was. We have not been this way before.

The other worrying trend is small teams, sometimes only a couple, going out to pioneer YWAM in some place. Sometimes they have children, and/or one of them has to work at least half-time. They proclaim that they are pioneering YWAM, but in too many cases it’s not working. There is no fruit.

Both trends are failing because they are trying to operate outside of our anointing: YWAM is teams. Not a couple. A couple all alone in a city cannot be YWAM, by definition. Apparently, each of these couples has been “released” by a YWAM leader somewhere; but letting people do what they want to is not leadership. It is irresponsible.

All of these so-called ministries should be pruned. The people should be recalled to join growing ministries and bases, or released to begin the long and difficult preparation to be influential in the spheres.

Are you called, knowledgeable and equipped to impact other spheres?

Most YWAMers are not qualified to have an influence in a sphere: they have nothing to say. A symptom of this lack of preparation is the unprofessional manner that many betray when they try to sign up on LinkedIn. It would be funny, if it weren’t so pitiful.

In September 2019 I gave a word at our big (for Switzerland) charismatic conference, to the effect that a wave of judgment would soon sweep the world; and that this time, Switzerland would not be spared (as it was in 1914-18 and 1939-45). This word was well received, and I was able to lead in a time of prayer for 90 minutes afterward, consisting entirely of confessing the sins of the nation. I shared this word with the leaders of YWAM in francophone Switzerland a few weeks later, and it was well received by that group also.

What I did not see, nor never imagined, was that the coming economic judgment would be precipitated by a worldwide pandemic.

So, YWAM is now being pruned: conferences, schools, outreaches, everything. It is not a selective pruning of our choice, it is massive, universal, blunt-force pruning.

My conclusion, and hope, is that we would not resist the pruning. We need to be ready to let ministries and bases die, and not try to keep them on life support.

The severe pruning has already begun; but if we collaborate with the Master Gardener we will enter into a season where we are smaller and more nimble, but able to bear much more fruit.

Since the whole Church, and our nations, are also being severely pruned, wide doors of ministry will open up rapidly. The potential in this new season is mind-blowing.

What is meant by pruning?

Which branches should be pruned, both in our lives and in our ministries?

First, the dead and dying: what is not bearing fruit? Are all of your activities actually reaching and ministering to people? Even if there is growth, activity and noise, they do not necessarily mean fruit, they may even mask the lack of it. We love vision and challenges and mobilization in YWAM, but is this exciting thing we are hearing about actually bearing fruit?

Resolving intractable conflict (like Paul and Barnabas in Acts 15)

Second, branches rubbing against each other: they will eventually scape the protective bark off and open the plant up to disease. Do you see two people continually in conflict? Healthy disagreement if fine (iron sharpens iron), but constant conflict hurts morale and eventually destroys hope. How to tell when one of them has to go? When their conflicts start to negatively affect those around them, one of them has to go. In Genesis 13.5-11, we see that Abram and Lot had to separate because of constant conflict between their followers. Separation is not a sin; it can often prevent a situation from degenerating to the point of bitter infighting and jealousy. 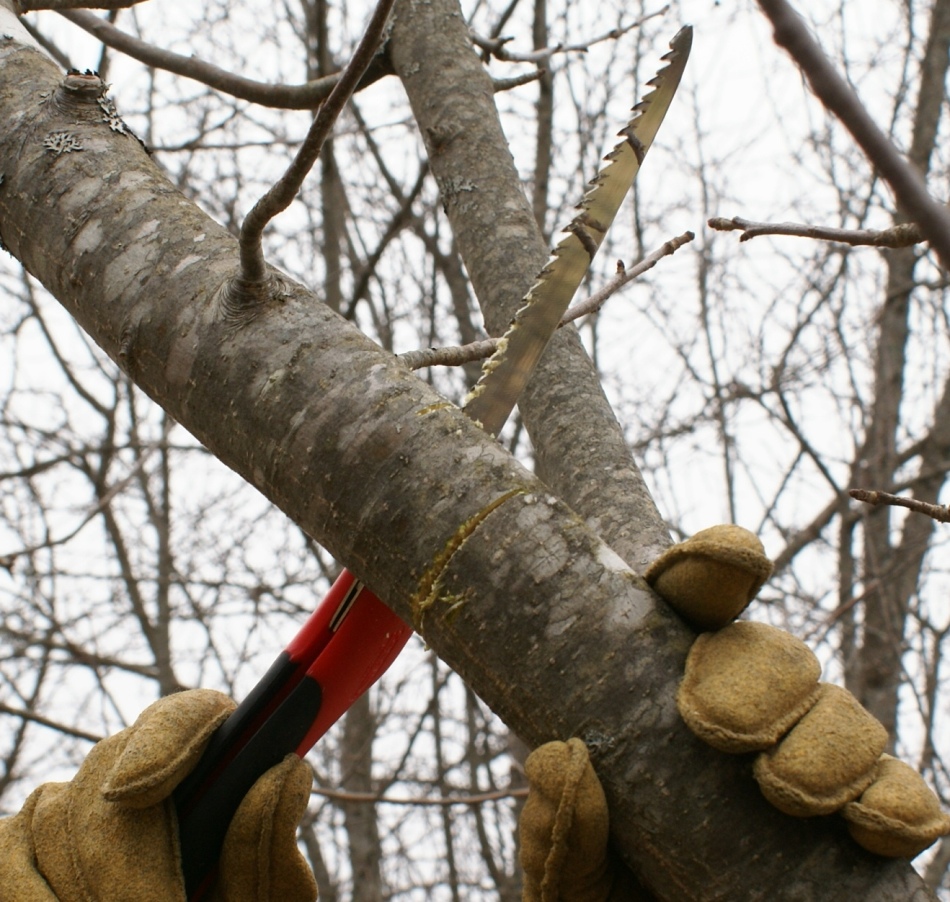 Some of our oldest activities should be closed down

Third, pruning often consists of not just shortening a bush, giving it a haircut; but for many bushes, especially mature ones, we remove one third of the oldest growth every year, cutting from the bottom. So, the bush is opened up to air circulation, reducing the risk of airborne diseases. Check out your oldest ministry activities: are they still bearing fruit?

A caution: avoid the temptation of immaturity, to simply sweep away everything that went before, to be able to start over with a clean slate: the old wine is best!

Fourth, the opening up of a plant lets the light in; and new growth occurs where light can strike the branches. In recent years, a new pruning technique is being recommended, called ‘well of light’. For fruit trees and for most free-standing roses, it involves cutting out the centre branches completely, leaving a basket-shaped plant whose walls are the exterior branches. To get an idea, hold out your hand palm up, and spread your fingers: you see how the light can now easily reach the centre of the plant, and bring forth new life on the branches.

In our early days, we used to talk a lot about ‘walking in the light’, in other words keeping short accounts with our sins. In many of our staff and community gatherings, we would wait before the Lord and ask the Spirit to show us if we were holding anything against a brother or a sister; and we would not go on with the meeting until everyone had the opportunity to go and quietly ask forgiveness. When was the last time you did this in your community? Are you walking in the light? Or in old hurts and misunderstandings and suspicions?

Jesus said the Sabbath was mandated for our sake

There is an enormous amount of travel, meetings, conferences, constant scurrying about in the Church; when I teach young leaders, they are always amazed to hear me emphasize the Sabbath. Many of them have never heard any teaching about it. I was struck by the Facebook post from Al Akimoff: “We neglected the Sabbath for so many years; and now the Sabbath has come to us.”

Yes, we are all in an enforced season of rest, of pruning. I saw it coming last December but saw it an only an economic judgement; never imagining that the worldwide recession (or depression) would be kicked off by a pandemic. I also thought that It would be somewhat voluntary, and that we would have time to put it into place.

Instead, it is involuntary, brutal, and massive.

It may seem brutal, but…

Beginning gardeners underestimate just how severe a good pruning job must be. We have a saying: “Let your neighbour prune your rosebushes.” This is because we are all tempted to be sentimental, and to not prune nearly enough.

The Master Gardener is not sentimental, He lives in a ‘well of light’. In His love, He will prune and even judge severely: see Isaiah 5.1-7. Sometimes this is the only thing that can bring us back to total dependence on Him.

Already, our conferences, schools, seminars, outreaches, and community life meetings are being severely pruned. But we must be ready to accept the pruning away of many of our ministries, and even bases.

Let us embrace what the Lord is doing: the final result can be that we will be able to bear more fruit than ever, much more.