Photo by Suzy Hazelwood from Pexels

The following post is a typical prayer and report letter that I send out every month.  If you would like to receive it, please send an email to lgo@oval.com.

It’s early morning and I have just finished a two-hour meeting.  My, how life has changed!

This meeting, one in a series of three this week by Zoom, started at 4 a.m.; there were 22 participants and about as many time zones and I was one who “drew the short straw” this time.  It was a meeting with the Founders’ Circle of YWAM and we were welcoming and praying over five new couples, from Central America, Cambodia, Bangladesh, Nigeria, and South Africa.  Yes, life has changed and YWAM has adapted!

These new members of the group that have been drawn together around Loren and Darlene Cunningham are generally about 20 years younger than Marti and me,  but already have around 30 years of YWAM experience on average.  I also noticed that most of them spoke of their children and that several of that third generation is already pioneering and leading in missions, via YWAM.

As they each had about 20 minutes to tell their story, we heard of many developments in the spread of the gospel!  These are things that few Christians in Europe or North America ever hear about:

YWAM teams have planted 1500 churches amongst the Yao people in Southeast Africa.  10, 000 more churches over the past 25 years in Madagascar.

Leadership multiplication on a massive scale.  Young Asians pioneering in difficult situations.  Africans reaching into the areas where radical Muslims are killing and kidnapping huge numbers.

Darlene had given each of them a few questions so we could get to know them more deeply.  I could go on with even more stories and facts we heard this morning…those above are just a few.

About two weeks from now, I will have another series of global meetings, also starting at 4 a.m. GMT, but this time it will be several thousand people convened by a group of our younger leaders mostly in their 20s and 30s, the Malachi Network, so named because of those two verses at the very end of the Old Testament:

Malachi 4:  5 “See, I will send the prophet Elijah to you before that great and dreadful day of the Lord comes. 6 He will turn the hearts of the parents to their children, and the hearts of the children to their parents; or else I will come and strike the land with total destruction.”

Marti and I draw great encouragement from seeing these three generations.  Each generation is honoring the others and Darlene Cunningham and I have had the privilege of joining and advising the leaders who have catalysed this younger global network in YWAM.

These developments are a fulfillment of a prophetic dream I had about 30 years ago.  The dream is recounted on my website at: 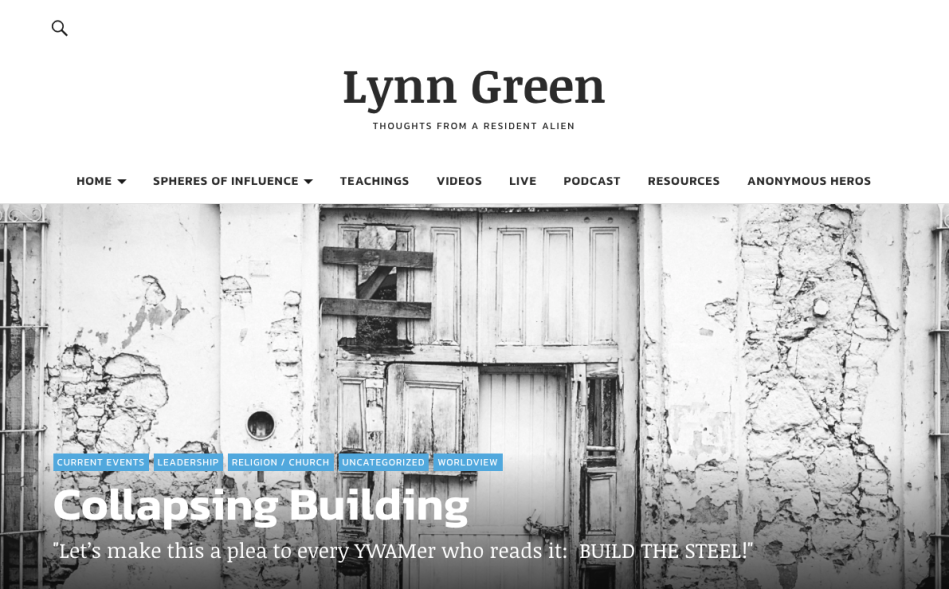 I won’t include a schedule with this newsletter because, though I have quite a few commitments to online meetings, my schedule tends to fill up just a week or two in advance.   But my prayer need is that I might keep growing in Christ.  I spend such a lot of my time walking and talking with young missionaries here at Highfield Oval and on many Zoom calls each week.  Some are in great crises; some are just hungry for God and for revival and some are at turning points in their lives.  Our prayer, though, is that all of them would grow in a passionate commitment to follow Christ –wherever, whatever, and forever!

God has clearly spoken to me to “strengthen the steel” in this massive global mission movement and the task seems overwhelming at times.  I am so concerned about the power of modern culture to warp and damage young people before they emerge from their teens.  We need a deep move of God so that young people are not only redeemed but experience a rapid and thorough change of thinking—the “renewing of their minds” by the Holy Spirit.

Thank you again for your ongoing interest and prayers,